The European People’s Party is a centre right political grouping in the European Parliament.

The IDU is a worldwide organisation of centre and centre right political parties. It was founded in 1983 by Margaret Thatcher, George Bush Snr, and Helmut Kohl among others.
Its ideals are based on liberal democracy; freedom of the individual; and economic growth based on individual initiative and a free competitive enterprise economy.
It provides a forum for the exchange of views, policy ideas, electioneering techniques and mutual support. In addition to the international focus it has regional unions.
The EUW representative to both the IDU and the European Democrat Union is
Elisabeth Morin-Chartier MEP

Founded in 1949. Its aim is to create a common democratic and legal area
throughout the whole continent of Europe. Today it has 47 countries in membership and
its headquarters is in Strasbourg 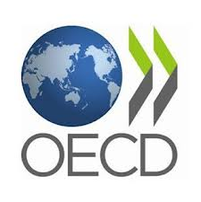 The OECD was founded in 1961 and is headquartered in Paris. It has 34 countries in membership and its work is a shared commitment to market economics backed by democratic institutions and focused on the wellbeing of all citizens.
The mission of the OECD is to promote policies that will improve the economic and social life of people around the world.


The EUW representative to the OECD is Christiane Tricot

The United Nations is an international organization founded in 1945 after the Second World War by 51 countries committed to maintaining international peace and security, developing friendly relations among nations and promoting social progress, better living standards and human rights. Today there are 193 members.